Moving Superchoir to an online format was very nerve-racking. Luckily, thanks to the hard work of Chloe and Emily, it was a huge success!

Superchoir’s becoming a home choir was very unexpected! However, there were still a fair share of memorable moments from the past year of online choir rehearsals! Here are our top 10 moments from Superchoir Online.

6. Battle of the Boybands

Moving Superchoir online was very nerve-racking. as we didn’t know if having a virtual choir on Zoom would work! Luckily, thanks to the hard work of Chloe and Emily, it was a huge success, so our queries of “How do virtual choirs work” were put to rest. With members receiving virtual choir resources on their Superchoir membership accounts, the online choir became smooth sailing for both the motivators and members! We’re so happy that Superchoir sessions have been able to carry on as online choir practices. For the first time, members from outside of Wales have joined, which is amazing.

One perk of virtual choir rehearsals is that they are suitable for those who are experienced or complete beginners. While initially we kept Superchoir Online specifically for those who were new to the online choir, we combined them so now motivators run two sessions a week. This is great because those who have been involved with Superchoir for years and those who have only just joined were able to get to know each other.

Superchoir socials are always incredible, but we’ll never forget the Glastonbury themed social. Featuring an evening of games and activities organised by the wonderful Emily, and ending with learning our GlastHOMEbury medley consisting of Hey Jude by Paul McCartney, Swimming Pool by Kendrick Lamar, and Shake It Off by Taylor Swift (a new full arrangement for 2021!), it was a lot of fun and gave everyone the best Glasto experience possible.

Let’s face it, more than ever we could not wait for Christmas to come around, therefore because Christmas comes early for Superchoir, we started learning Christmas songs from November! This year was even more special though; we learnt an arrangement for an extra special online choir concert, featuring the workplace choirs from Admiral and Principality. Everyone recorded their audio and video and sent them to Chloe who edited them all together into an incredible virtual choir concert, which premiered on 18th December. As well as this, the performance raised awareness and funds for SANE, an amazing charity that help those struggling with mental health difficulties. This was such a highlight at the end of the year.

However, nothing can beat the first ever online choir performance the virtual singing group created. Not only did we massively enjoy performing a catchy Foo Fighters song, it also allowed Superchoir members and non-members to support Luna’s Light, a cause in memory of a beautiful baby girl who sadly passed away just days after her birth. Luna’s Light was raising money for Cardiff and Vale Health Charity through Martha’s Dancing Heart Appeal, in order to support their neonatal unit at the hospital. The virtual performance alone raised £4580 for the cause, plus in January 2021 we released the virtual performance as a single on streaming platforms which has raised even more! We’re so proud of the performance we have put together!

What excitement could 2021 bring? Watch this space to find out! 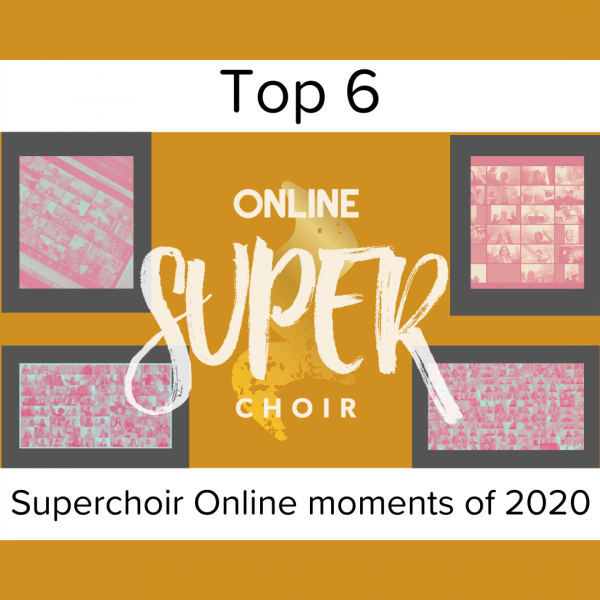